Q-Fin continues its journey from start-up to 'scale-up' with imminent surface-finishing product launches, new investments and an increased focus on automation and handling.

Dutch manufacturer, Q-Fin Quality Finishing Machines, specialises in the development, production and sale of machines for deburring, rounding and finishing sheet metal parts, as well as installations to extract grinding dust. The surface-finishing specialist aims to introduce at least two new innovations every year and is currently building a second hall, for handling solutions, at its new premises in Bergeijk, The Netherlands. It is part of a group of four companies which support Q-Fin with materials such as steel parts.

Founded in 2013 by Anton Bax and Koen de Waard, with a combined thirty years of experience in deburring and machine construction, it has already picked up several awards. These include the surface-finishing technology prize at EuroBLECH 2018 in Hanover and, in 2019, a Blechexpo award for its F200 XL small parts machine. This year, the F1200 XL with SmartLink was nominated for the Technishow Innovation Award. 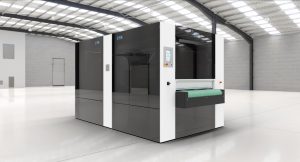 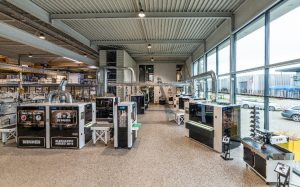 Q-FIN's showroom at Bergeijk, The Netherlands

last two pandemic years). We are no longer a start-up but are firmly evolving into a ‘scale-up’. By 2025, in terms of turnover, we want to be one of the top European producers of deburring machines. In terms of machine technology and Industry 4.0 innovations, we believe we are already in the top three,” explained Joost Kouwenbergh, Business Officer, Q-Fin.

“Continuous innovation in software and handling solutions around our machines, as well as further development of the German market, is essential to reach this target. We almost doubled our annual machine output from last year and support 1200 Q-Fin machines across Europe, Australia and the United States for customers,” he added.

The German market is a key strategic focus for the company. It has gained a foothold in the country by establishing its own sales office in Düsseldorf in 2019, with two account managers and a dealer in the south of Germany. In the meantime, many machines have also been installed in Germany.

“We mainly focus on Europe i.e.

The Netherlands, Benelux countries and Germany, in particular. We always exhibit at Blechexpo and EuroBLECH, two important exhibitions in Germany. Over the last three/four years, we have focused strongly on the German market and have also invested in more engineers (there are now eight engineers out of a total workforce of 35 people). Half of our turnover is from the Benelux countries, but the German market is about 7/8 times larger. The growth, for us, will mainly be focused in Germany,” continued Joost Kouwenbergh.

Its head office, with showroom and demonstration centre, is based at Bergeijk (Noord-Brabant), The Netherlands. All its machines are assembled there, although all metal components, after engineering, are sourced from its sister companies in the group.

The last two years of the COVID-19 pandemic affected the company’s turnover but also taught it new ways to communicate with its customers which it still employs today (such as online machine demonstrations).

“The second half of 2021, when the first exhibition in Holland took place after the pandemic along with two events in Germany (including Blechexpo last year), helped a lot. In the last quarter of 2021, our sales exploded as customers had been waiting until then to make their investments,” added Kouwenbergh. 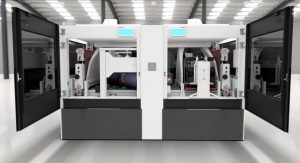 Q-Fin has set itself the task of introducing at least two technology innovations every year.

In 2020, for example, its Q2S reversing unit (for automatically turning sheet metal) went into the test phase with a customer. Several reversing units have since been sold. Last year, the company developed a machine for removing slag from metal parts which had been cut by plasma or oxyfuel. It also unveiled three new surface-finishing machines, as well as networked software, at the Blechexpo trade show in Stuttgart last November. This year, Q-Fin will announce the world premiere of a new deburring machine, the SER1200 Multibrush deburring system, at EuroBLECH in Hanover, Germany (25-28 October 2022).

“Innovation is very important for us, as is the continuous development of our machines. We are always looking for opportunities to improve/upgrade our machines, as well as to launch new technologies,” Kouwenbergh told ISMR.

“The machine is very fast (our edge rounding is two-five times faster than our competitors) and can provide a non-directional finish. It can also perform 2mm edge rounding. We won a prize for this machine at Blechexpo for its ability to provide Radius 2 finishing on steel products. The new machine can now process parts with a maximum width of 1200mm and is fully automated. It has a smarter structure, uses much less energy and can also be connected to an ERP package or scanner, so that the machine is no longer dependent on settings by the machine operators,” added Kouwenbergh.

The first two SER100 machines have already been sold prior to the official launch. Both will be sent to Dutch customers. 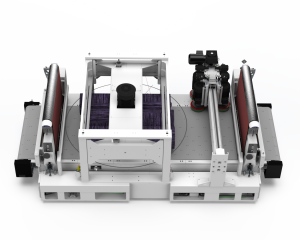 Q-FIN sees much larger demand for automation and handling around its machines, as well as Industry 4.0 compatibility.

“Sheet-metalworking companies are still extremely busy right now. They have more orders than they can handle. It is very hard for them to find skilled staff and operators. Our machines help them address that challenge as they can be operated by just one person. That is why there is extra interest in deburring machines, and all the handling around the machines i.e. factory layout, material feeds etc. On production lines, from laser cutters to deburring machines, customers are using more robots; labelling machines and Industry 4.0 connectivity, for example,” outlined Kouwenbergh.

“We have picked up lots of new orders, as well as larger orders. One key trend we see is that bigger companies are investing in more comprehensive deburring lines (featuring two large machines; a turnaround table in between for double-sided part deburring; feeding conveyors and/or cobots). This saves a lot of labour and increases the amount of products produced each hour so that return on investment for these lines can be one or two years,” he continued.

“The value of these lines is three to four times the value of a single machine. Around 75% of the machines that we now sell feature a return conveyor and input/output table. That is a huge increase compared to two years ago,” he added.

However, challenges such as high fuel/ energy prices; the war in Ukraine; supply-chain issues and ‘hard to get’ parts/electroniccomponents; increasing delivery times/prices and plummeting stock levels are currently hitting many manufacturers. In this respect, Q-Fin points to the lower power consumption of its machines (saving high energy costs).

Brushes, speed and pressure determine the power and efficiency of a deburring machine. This is what Q-Fin terms as GrindingPOWER®. It works on the principle of the more compact the machine, the less throughput time. Add this to high throughput speed of the machines and the result, it told ISMR, is significant savings in terms of labour hours. Q-Fin’s R&D efforts are focused on improving process control around the machine.

“Innovation is in our blood. At Q-Fin, we like to do things differently. We incorporate the right proportions of force, abrasive material and speed into our machines. This essential combination is what we call GrindingPOWER®,” Kouwenbergh told ISMR. 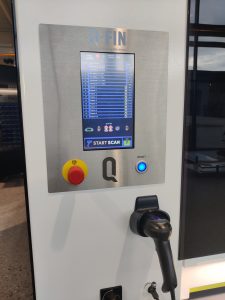 Q-Fin has set up all its machines in working order so that customers can test their own products by appointment at its Experience Centre in Bergeijk.

“At Q-Fin, we are convinced that people are more successful when they work together, which is why we founded the Q-Fin Knowledge Club (QKC). Our engineers, office employees and mechanics get together once a week to open up new horizons and to keep innovating, improving and optimising,” Kouwenbergh told ISMR.

“We act as a knowledge centre for grinding and deburring techniques. Our customers can come to us for advice, such as the right use of brushes and grinding belts or for information on the correct machine settings. New customers can test our machines in our Experience Centre or we can put them in contact with other customers for references.”

Continuous innovation of machines and processes is part of the company’s culture, as it expands its knowledge levels and shares this knowledge with users of its machines.

Q-Fin installed an automated deburring line at Willems Baling Equipment in Hapert, The Netherlands, last year. A novel feature is a rotating unit to automatically turn large workpieces or heavy sheet-metal parts. This enables the parts to be deburred and edgerounded on both sides, in one pass, rapidly and with high finishing quality.

The reversing station is for two-sided finishing of sheet metal parts (up to 600mm, 1200mm and 1500mm wide). The Q2S turnaround station provides batch-wise, double-sided finishing at high throughput speeds. The system can be controlled by one operator. The Q2S turnaround unit is now part of the deburring line at Willems. It is positioned between two F1200 deburring machines.

The operator loads the 3m-long and 1200mm-wide table in front of the first machine. He enters the correct settings on the control panel on the front machine, which allows him to control the entire system. Sheet-metal parts pass through the first deburring machine and are deburred and edge rounded on one side. They come out the back of the machine and are conveyed straight into the turnaround unit.

A sensor registers that all parts are in the reversing unit. The two tables in the turnaround unit are next to each other and a carousel turns them at 180 degrees. All parts are then fed into the second F1200 deburring machine to process the other side of the parts.

“At Willems, the deburring line is set up so that the operator initiates the turnaround unit. This way, he gives himself time to load the system on one side and unload it on the other. He can work at his own pace and still achieve high throughput. By choosing two deburring machines and a reversing unit, Willems can now process parts batchwise,” concluded Q-Fin. 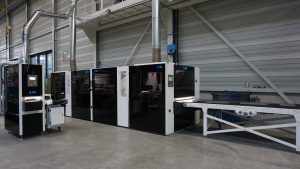