Q-Fin at the Blechexpo, 5 till 8 November 2019
In the first week of November Q-Fin was present at the Blechexpo in Stuttgart. The Blechexpo was a great success, not only for Q-Fin itself but also for the exhibition organization which again broke some records. The success of Q-Fin was partly due to winning the Blechexpo award in the surface finishing technology category.

Blechexpo/Schweisstec 2019 with Record-Breaking Dimensions
As expected, the 14th Blechexpo international trade fair for sheet metal working, together with the 7th Schweisstec international trade fair for joining technology, was an industry highlight and closed successfully with 1498 exhibitors from 36 countries. 41,152 visitors from a total of 113 countries took advantage of the trade fair duo, which in the meantime has grown to 108,000 square metres of exhibition floor space, in order to bring themselves up to date with regard to sheet metal, pipe and profile processing, as well as cutting, joining, forming and welding technologies, from the 5th through the 7th of November, 2019. 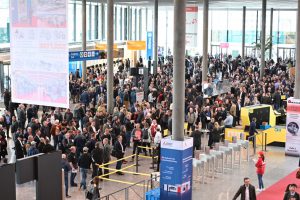 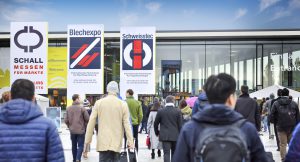 Blechexpo Awards 2019
Already for the fourth time, the “Blechexpo Award” was presented on the afternoon of the second day of the trade fair by “blechnet” trade journal in cooperation with event promoters P. E. Schall GmbH & Co. KG. The innovation prize was awarded to the most innovative exhibits in five different categories. With its MC 125 automatic stamping press, Schuler was the winner in the stamping and forming technology category. Kjellberg Finsterwalde Plasma und Maschinen won in the cutting technology category with its Q 3000 plasma cutting system. The winner in the joining technology category was Trumpf Laser- und Systemtechnik with their TruLaser Station 7000 – a 3D laser welding machine. The award for surface finishing technology went to Q-Fin Quality Finishing Machines for their SER600 Super Edge Rounder (a deburring and edge rounding machine). Last but not least, Cenit was distinguished in the handling and automation category for their cross-manufacturer cutting and joining software, namely Fastsuite Edition 2. 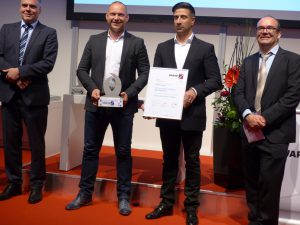 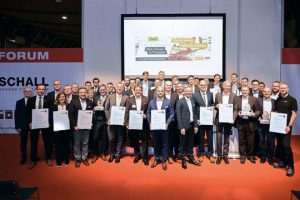 Q-Fin Super Edge Rounder SER600
The Super Edge Rounder from Q-Fin is a machine that deburrs sheet metal in one pass and provides the part with an edge rounding of R2, at a speed of 1 meter per minute. The SER600 is about twice as long as the regular F600 deburring machine in the Q-Fin range. This machine was specially developed for a radius 2 mm on steel products by means of five machining stations in the machine. The secret is mainly in the brushing principle, the way of brushing. The first two rows of brushes apply pressure from above. Brushes three and four work on the sides, the combination ensures the perfect rounding of 2 mm on a product. 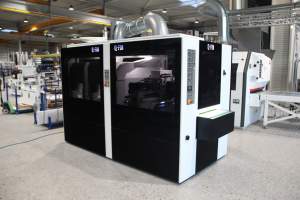